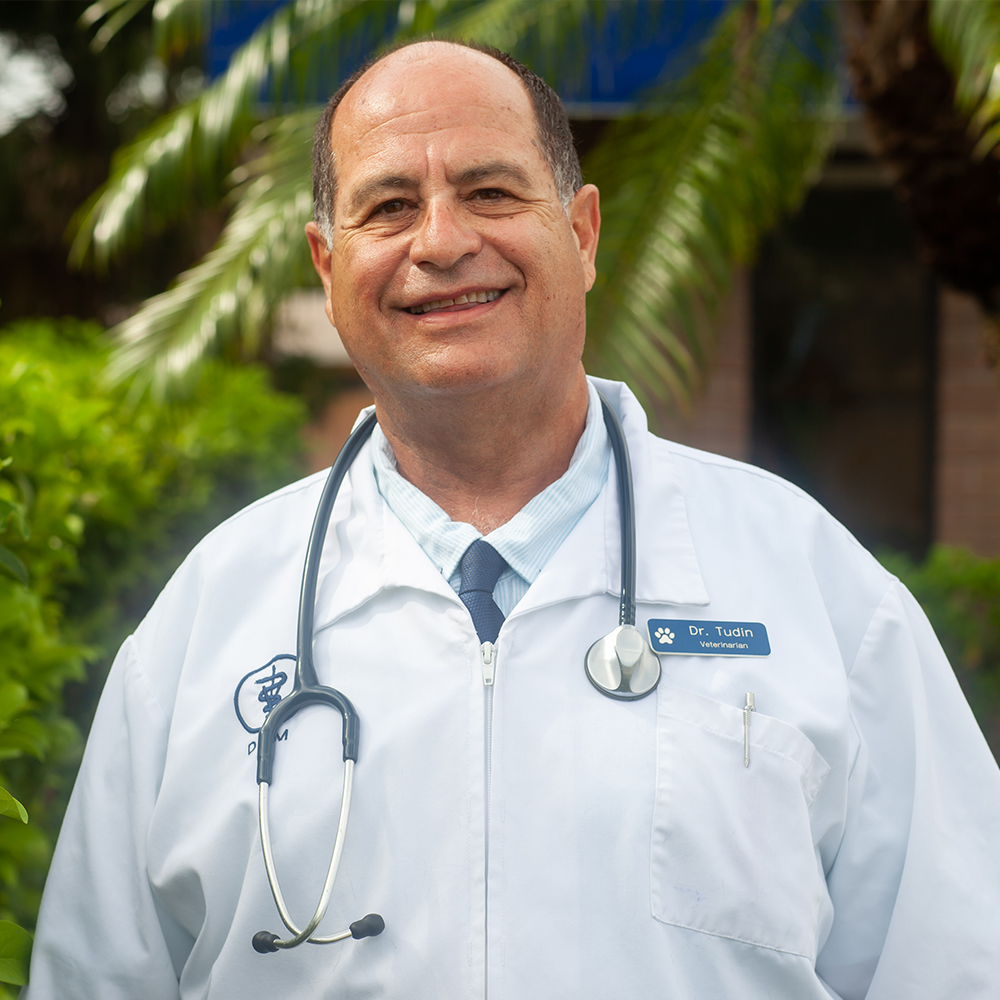 Dr. Ronni Tudin is originally from Johannesburg, South Africa, where he received his Doctorate of Veterinary Medicine. He then moved to the U.S., where he began practicing as a veterinarian in Boston and New Jersey.

Dr. Tudin lives in Sarasota with his wife Lana, their dog Bella and two cats, Franklin and Louie, along with a few turtles and fish. Their daughter Gabi lives in Atlanta, Georgia with her husband and their pup Zoe, and their son Jeremy is a lawyer in New York City.